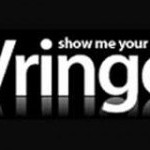 Shares of software provider Vringo Inc (AMEX: VRNG) were up as much as 35% from Mondays closing price of 1.16 after the company announced it has released a new version of Facetones™ customized for the latest mobile devices released by Nokia.

The Facetones app is integrated with Facebook and generates an automatic, visually exciting slideshow of photos displaying your friend’s face and other social content each time you communicate with that friend using your mobile device.  With Vringo’s latest version of Facetones , the application is now fully optimized for Nokia’s Symbian^3 operating system.

The free ad supported app has been a viral hit for Vringo and is closing in on one million downloads. VRNG monetizes this app using Google’s Admob mobile advertising service and it is currently generating 800,000- 900,000 ad impressions per day.

Vringo (AMEX: VRNG) is a provider of software platforms for mobile social and video applications. With its award-winning video ringtone application and other mobile software platforms – including Facetones™, Video Remix and Fan Loyalty – Vringo transforms the basic act of making and receiving mobile phone calls into a highly visual, social experience. Vringo’s video ringtone service enables users to create or take video, images and slideshows from virtually anywhere and turn it into their visual call signature. In a first for the mobile industry, Vringo has introduced its patented VringForward technology, which allows users to share video clips with friends with a simple call.  Vringo’s Facetones™ application creates an automated video slideshow using friends’ photos from social media web sites, which is played each time a user communicates with a friend using a mobile device. Vringo’s Video ReMix application, in partnership with music artists and brands, allows users to create their own music video by tapping on a Smartphone or tablet.  Lastly, Fan Loyalty is a platform that lets users interact, vote and communicate with contestants in reality TV series that it partners with, as well as downloading and setting clips from such shows as video ringtones. Vringo’s video ringtone application has been heralded by The New York Times as “the next big thing in ringtones” and USA Today said it has “to be seen to be believed.” For more information, visit: www.vringo.com

Northgate Minerals Corporation (AMEX: NXG) shares shot higher 38.1% to $4.35 on word that it had been acquired by AuRico Gold Inc. (NYSE:AUQ). Volume for Northgate topped 11.7 million shares, or better than quadruple its usual volume.

A news release out August 29 revealed that the Toronto-based AuRico and Northgate have entered into a definitive acquisition agreement to create a new leading intermediate gold producer. The new company will have five operating gold mines, a sixth mine targeting production in 2012 and three gold development projects in Mexico, Canada, and Australia, three of the top global mining jurisdictions. The combined company is completely unhedged and offers full exposure to record gold and silver prices and an exceptional growth profile from approximately 475,0001 gold equivalent (“Aue”) ounces2 this year to 730,000+3 Aue ounces in 2013 (growth of approximately 54%).

Northgate CEO Richard Hall was quoted in the release as saying, “This transaction gives Northgate shareholders a significant premium to market and an exciting opportunity to participate in a leading intermediate gold company. The Northgate team has worked hard to develop a highly successful business in Canada and Australia and we look forward to further value creation through our combination with AuRico.”

Northgate Minerals Corporation is a gold and copper producer with mining operations, development projects and exploration properties in the Americas and Australia.

Quepassa Corp. (AMEX: QPSA) shares gained 33.5% to $9.52, after the social-media company said it would acquire the owner of myYearbook.com in a cash-and-stock deal worth $100 million. Volume for the stock topped five million shares, compared to a daily average of just over one million.

The company, based in West Palm Beach, Florida and owner of popular Latino social network Quepasa.com and cross-platform social game development studio Quepasa Games, announced in a news release Wednesday that it has executed a definitive agreement to merge with Insider Guides, Inc., DBA myYearbook, the best place to meet new people on the web or mobile device, for $100 million, comprised of approximately $82 million in Quepasa common stock and approximately $18 million in cash.

Quepassa CEO John Abbott was quoted in the same release as saying, “With this merger, we intend to create nothing less than the public market leader in social discovery.Combination with myYearbook nearly doubles the size of Quepasa’s existing user base while positioning the new company for significantly higher growth in mobile and social games, advertising, and virtual currency. The myYearbook team is product-oriented and hungry to continue building innovative products at the convergence of social and mobile. We expect the scale of this combination to enable a new class of investor in Quepasa.

Coeur d’Alene intends to purchase 7,352,941 shares of Silver Bull common stock at $0.68 per share in a private placement transaction. Closing of the transaction is subject to the execution of a definitive agreement, and approval of the NYSE Amex Stock Exchange and the Toronto Stock Exchange.

Silver Bull Tim Barry said, “We are extremely pleased to have a company with the reputation and stature of Coeur d’Alene invest in Silver Bull and this financing will allow us to complete our planned 2011 exploration program at Sierra Mojada.

“We feel this investment is a solid endorsement of the work we have completed to date, and of the potential at the Sierra Mojada project.”

Based in Vancouver, British Columbia, Silver Bull is focused on the acquisition, exploration and potential development of mineral properties. Silver Bull currently owns mineral concessions in the municipality of Sierra Mojada, Coahuila, Mexico and holds exploration licenses in Gabon, Africa.

American Apparel Inc. (APP) back from the brink, shares soar on cash influx

The Los Angeles Times reported Friday that Canadian investors would invest more than $40 million, to help the trendy Los Angeles clothier — and its iconoclastic chief executive, Dov Charney — stave off a potential bankruptcy filing. After an $86-million loss last year and projections of another operating loss this year, the company has repeatedly warned investors about its ability to continue as a going concern.

“I don’t think the company necessarily needed to be saved,” Charney said. “There were a lot of options open to us. But this is a great investment.”