Archive for the ‘Industrial Stocks’ Category 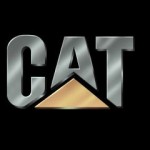 Shares of Andatee China Marine Fuel Services Corp. (Nasdaq: AMCF) surged as much as 45 percent from Friday’s closing price in morning trading on Monday on no news.

Shares of AMCF touched an intraday high of $3.48 per share, up from Friday’s closing price of $2.40. Trading volume at mid-day trading on Monday was 240,528, well above the company’s average 10-day trading volume of 36,856, according to Yahoo Finance.

Dycom Industries Inc. (NYSE: DY) shares gained 10.3% to $15.25, after the specialty contracting company late Tuesday reported a spike in fiscal fourth-quarter income. Volume for the stock surmounted one million shares, whereas its daily average was about 363,000.

A news release dated August 23 reported that the company, based out of Palm Beach Gardens, Florida, had revenues of $303.7 million for the quarter ended July 30, 2011, compared to $281.5 million for the quarter ended July 31, 2010, an increase of 10.8% after adjusting for revenues from acquired businesses and the incremental week in the fourth quarter of fiscal 2010;

A story in the Wall Street Journal on August 11 stated that the agreement builds on existing contracts between GM and A123, which focused on lithium-ion battery technology at both the cell and system level. The new contract includes advanced nanophosphate cells and fully integrated electronic components. The specific vehicles and brands will be announced at a later date, according to GM.

Jason Forcier, Vice President of A123’s automotive solutions group, told Dow Jones Newswires the company would get a “substantial revenue stream” out of the program. Yearly unit volume is expected to start in the thousands and could possibly reach the tens of thousands.

Forcier said the contract would cover a vehicle platform that would be launched in the U.S. and abroad, saying demand for fuel-efficient vehicles would continue to increase due to higher fuel costs and increased government standards.

A123 Systems, Inc. develops and manufactures advanced lithium ion batteries and battery systems for the transportation, electric grid services and commercial markets. Headquartered in Massachusetts and founded in 2001, A123 Systems’ proprietary nanoscale electrode technology is built on initial developments from the Massachusetts Institute of Technology

A news release out July 25 stated that the company saw net sales increase 24% (18% on a constant currency basis) to $4.9 billion as a result of favorable trading conditions for agricultural equipment, as well as higher comparative construction equipment demand in every region. Equipment Operations posted an Operating Profit of $521 million as a result of higher revenues, increased industrial utilization and improved product pricing.

Net equipment sales for the quarter were 79% agricultural equipment and 21% construction equipment. The geographical distribution of revenue for the period was 42% North America, 35% EAME & CIS, 15% Latin America, and 8% APAC markets.

Net income before restructuring and exceptional items for the quarter was $320 million as a result of improved top line and industrial operating performance, improved results from the Group’s unconsolidated subsidiaries, and a lower tax rate. This resulted in the Group generating a significant increase in diluted earnings per share to $1.33 (before restructuring and exceptional items) compared to $0.59 per share in the comparable period of 2010.

Management of CNH did not comment in the release, although it did hold a conference call to take questions about its bottom line figures.
CNH Global N.V. is a world leader in the agricultural and construction equipment businesses.