Shares of luxury goods provider Saks Incorporated (NYSE: SKS) skyrocketed Tuesday as acquisition rumors gained momentum, rallying as much as 34.00% at the open  to secure an intraday high of $8.85. Saks shares are currently hovering at $8.13 in afternoon trading, a 23.2 percent increase from yesterday’s close. Before Tuesday, Saks’s stock had risen less than 1% this year, outpacing the S&P Retail Index’s 3.5% decline.

Britain’s tabloid Daily Mail newspaper, which isn’t citing named sources, reports that a group of American and British private-equity houses have been reviewing Saks for months and are looking to make an offer for the company for $11 a share, or $1.7 billion. Saks spokeswoman Julia Bentley said the company doesn’t comment on rumors or speculation.
[–quote–]
There are numerous attributes that might make Saks attractive to potential buyers. The luxury-fashion retailer has seen its earnings improve recently because of cost-cutting and higher demand for high-end products. Luxury goods sales have held up relatively well throughout the downturn, partly because unemployment is significantly lower for people with white-collar jobs, at around 5%, compared with the national 9.5% rate.

Under Chief Executive Steve Sadove, Saks has narrowed its losses and improved its sales after demand faltered in the wake of the financial-sector meltdown in 2008 that led the company to offer sharp discounts.  To bolster company financials, Saks issued $120 million in May 2009 in convertible debt and in October completed a $100 million common stock offering to help it reduce borrowings on its revolving line. 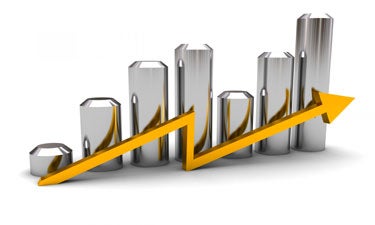 Last week, the company announced that its wholly controlled affiliate, Pingdingshan Hongli Coal & Coke Co., Ltd. entered into a definitive agreement to acquire a 60 percent equity interest in Baofeng Shuangrui Coal Co., Ltd. for approximately $12.4 million. Baofeng operates the Xingsheng Coal Mine. The coalmines are similar in size, each with 2 million metric tons of estimated coal reserves.
[–quote–]
“This is a significant milestone and denotes the first step in our consolidation strategy,” said Jianhua Lv, Chairman and CEO of SinoCoking in a statement. “As the Chinese government continues its efforts to consolidate small coal mines to improve both production efficiencies and safety protocols, we are well positioned with the appropriate approvals to capitalize on this opportunity.”

Shares of SinoCoking and Coke Chemical Industries, Inc. are trading about 70 percent lower than their 52-week high of $53.70 per share.

According to EntreMed’s Executive Chairman, Michael Tarnow, the second quarter was “pivotal” for the company. “During the second quarter, we achieved a critical milestone with the initiation of a multi-center Phase 2 study for ENMD-2076 in ovarian cancer patients,” he said in a statement.
[–quote–]
ENMD-2076 is an orally-active, Aurora A/angiogenic kinase inhibitor with a unique kinase selectivity profile and multiple mechanisms of action. Preclinical studies with ENMD-2076 demonstrated significant antitumor activity, including tumor regression, in multiple solid and hematological malignancies. ENMD-2076 has been shown to inhibit a distinct profile of angiogenic tyrosine kinase targets in addition to the Aurora A kinase. Aurora kinases are key regulators of mitosis (cell division), and are often over-expressed in human cancers.

Last month, the company announced the publication of preclinical data for its Phase 2 oncology drug candidate, ENMD-2076 an Aurora A/angiogenic kinase inhibitor, which demonstrated significant activity against multiple myeloma (MM) cell lines and in MM models in vivo. Results of the study, conducted by EntreMed’s collaborator, Sherif Farag, M.D., Ph.D., and colleagues at the Indiana University School of Medicine, were published in the on-line version of the British Journal of Haematology on June 15, 2010 and were scheduled to be published in print in the August 1.

As of June 30, 2010, EntreMed had cash and short-term investments of approximately $8 million.

EntreMed announced a 1-for-11 reverse stock split on June 30, 2010, to better enable the company to maintain its listing on the Nasdaq Capital Market. As a result of the reverse split, the number of shares of outstanding common stock will be approximately 9.5 million, excluding stock options and unexercised warrants and subject to adjustment for fractional shares.

We first covered Pacific Ethanol, Inc. (Nasdaq: PEIX) on June 30, 2010, after the company announced that four of its wholly-owned subsidiaries had emerged from bankruptcy. Shares were up almost 60 percent on that day, from the previous day’s closing price.

Shares of Pacific Ethanol surged again on Tuesday, this time as much as 42 percent from the previous day’s closing price after the company posted earnings of $107.8 million or $1.43 per share for the three months ended June 30, compared to a loss of $28.2 million or 49 cents per share in the same period last year. The boost in earnings was primarily due a non-cash gain of $119 million, and an 88 percent increase in total gallons sold, offset by a  lower average price per gallon.
[–quote–]
Net sales in the quarter increased 9 percent to $76.8 million, compared to $70.1 million in the same quarter a year ago. The company also reduced its SG&A expenses by 49 percent, and improved adjusted EBITDA by $8.4 million, compared to the second quarter of 2009.

Pacific Ethanol’s CEO Neil Koehler described the second quarter as “pivotal” for the company. “We delivered sales growth, dramatically reduced operating expenses, and improved adjusted EBITDA,” he said in a statement. “We successfully led the production facilities out of bankruptcy effective June 29th, substantially reducing our debt and other liabilities by $295 million. During the quarter, we also reduced other debt by $9 million. In addition to strengthening our balance sheet, we reduced selling, general and administrative expenses to less than half of what they were for the same quarter last year, thus establishing a stable platform for growth.”

On June 29, 2010, PEI’s wholly-owned plant holding company, PEH, and its four plant subsidiaries exited bankruptcy and the ownership of PEH was transferred to certain lenders. As a result, PEI recorded a $119.4 million non-cash gain from the disposition of liabilities of $294.5 million net of assets of $175.1 million that were removed from its balance sheet. Simultaneously, PEI began operating under its newly announced operating and marketing agreements with the ethanol production facilities upon their emergence from bankruptcy.

Shares of home care services provider ResCare, Inc. (Nasdaq: RSCR) surged as much as 20 percent from Friday’s closing price in morning trading on Monday after it was announced that Toronto-based investment firm, Onex offered to buy approximately 75 percent of the common and preferred shares of Res-Care for $12.60 per share, which is a 24 percent premium over Friday’s closing price of $10.14 per share.

Affiliates of Onex currently hold 24.9 percent of the common and preferred shares of Louisville-based Res-Care.
[–quote–]
There currently are about 29 million shares outstanding.